The Institute of Electronics and Electrical Engineers (IEEE) has named two Department of Computer Science and Engineering Professors to the level of Fellow in the Class of 2017. IEEE recognized Dr. Tamal Dey for his contributions to Geometric Computing, and Dr. Prasun Sinha is recognized for his contributions to Scheduling and Resource Allocations in Wireless Networks. 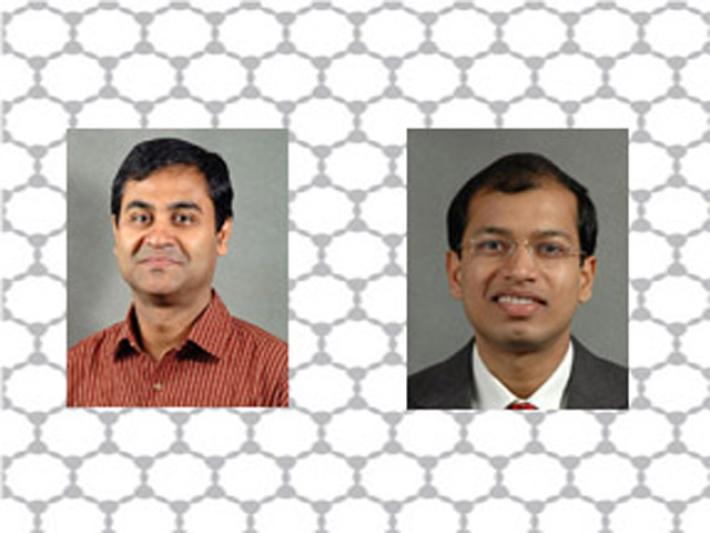 The IEEE Grade of Fellow is conferred by the IEEE Board of Directors upon a person with an outstanding record of accomplishments in any of the IEEE fields of interest. IEEE Fellow is the highest grade of membership and is recognized by the technical community as a prestigious honor and an important career achievement.

A leader in the field of geometric computing, Dr. Tamal Dey has made several fundamental research contributions over the last twenty five years. His research has advanced theoretical/practical understanding of several geometric/topological problems arising in application areas of science and engineering. Specifically, his work on surface reconstruction, mesh generation, and topological data analysis have found applications in computer graphics, geometric modeling, visualization, shape and data analysis. One of the hallmarks of Dey’s work is his development of algorithms with theoretical guarantees that are useful in practice. This claim is attested to in the wide use of number of the software based on these algorithms. The most widely used geometric library and The Computational Geometry Algorithms Library (CGAL), incorporates several of his results. The Cocone software developed by his group for surface reconstruction is widely used in academia and industry.  His team developed the DelPSC software which has been a basis for Synopsis to develop a new mesh generation software. Dr. Dey has written highly influential papers on a broad range of topics in geometric and topological computing and authored two books. He serves on several editorial boards of journals in geometric computing and lectures widely on the topic of geometric and topological computing in various academic forums.

Dr. Sinha’s research has been funded primarily through National Science
Foundation (NSF), DARPA, Toyota, Huawei and Honda. He has led multiple $1M+ cross-university, cross-disciplinary projects. In 2006, he won an NSF CAREER award. He has chaired/co-chaired six conferences, including MobiCom 2014, the flagship conference in wireless networking and mobile computing. Next year he will be the Technical Program co-chair for IEEE INFOCOM 2018, a leading conference in networking. He has authored 100+ publications and earned four (4) patents. One of his papers was awarded the Best Student Paper Award (WiOpt 2013) and two were selected as best paper finalists (ACM Mobicom 2014 and IEEE SECON 2007).