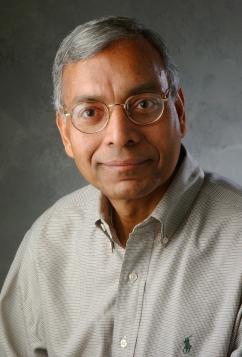 Anil Jain, an University Distinguished Professor of Computer Science and Engineering at Michigan State University has been elected to the National Academy of Engineering (NAE). Election to the NAE is among an engineer’s highest honors. The academy honors those who have made outstanding contributions to engineering research, practice, or education, and to the pioneering of new and developing fields of technology, making major advancements in traditional fields of engineering or developing/implementing innovative approaches to engineering education. Anil Jain was selected for his contributions to the engineering and practice of biometrics.

Anil Jain received his MS in 1970 and Ph.D. in 1973 at Ohio State under the supervision of Professor B. Chandrasekaran. He has a long list of awards for his academic accomplishments, including the Guggenheim Fellowship, Humboldt Research Award, Fulbright Scholarship, King-Sun Fu Prize, and W. Wallace McDowell Award. He a Fellow of ACM, IEEE and the National Academy of Inventors.

There are currently no related news items.
More News